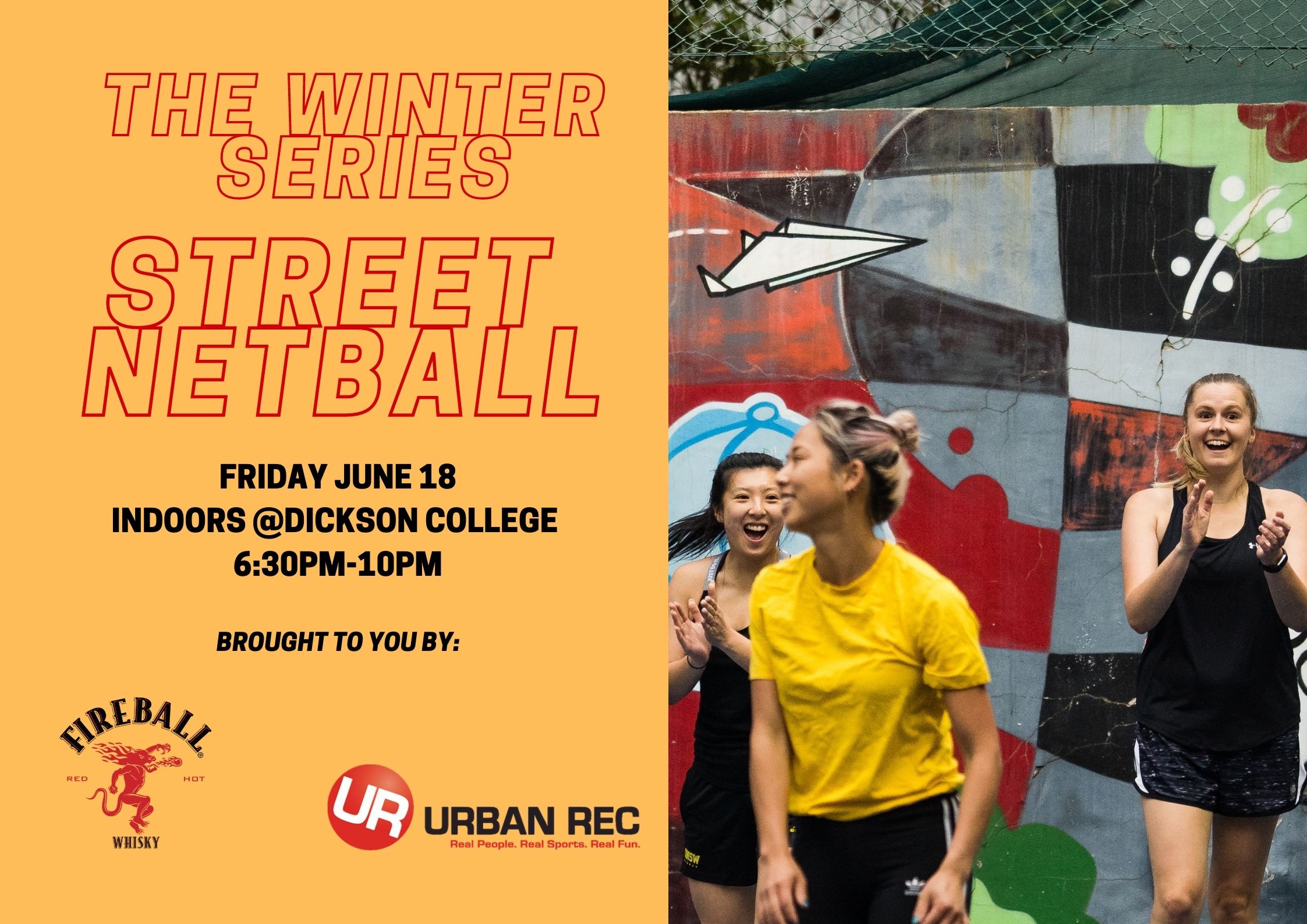 Presented by Fireball our Street Netball tournament will get you out of the Winter stoop. It’s a night of good mates, fun Netball and times you’ll be telling the grandkids about.

Team numbers are extremely limited so get in quick.

This tournament is mixed a requires 1 of either gender on the court at all times.

Day of the Week:
Friday